A few months ago a grave spectacle of so-called art took place in Sweden where a cake of an African-American woman’s body (created by a biracial man) was cut by the Swedish minister of “culture”, while those in the room cheered and laughed. What is shocking about this is that the cake was created to look like a black face caricature of a Black woman and the cake was cut where the reproductive organs would be.  This cake is known as the “Venus Hottentot Cake”. Sarah “Saartjie” Baartman a slave became known as “Venus Hottentot” and was taken to Europe to have her body exhibited,  she was sometimes kept as an animal in a zoo and the cake looked like a caricature of her likeness. This  was not art but a barbaric reenactment of female genital mutilation and yet another example of how the Black woman’s womb is under attack. I have written about the high incidents of fibroids among Black women and though diet plays a great role in this health crisis stress, psycho-social and spiritual issues also play a role in reproductive heath. Though we may feel that all is well and that  we are seen as fully human a quick look around in the media, music and now contemporary art shows that the Black woman’s sexuality is still being used to sell everything and her womb is still being exploited. Sadly this art was created by an African-Swedish man who has made weak attempts to address the criticism of this art “exhibit” Dr. Claudette Carr wrote an Open Letter from African Women to the Minister of Culture: The Venus Hottentot Caketo address this travesty.

END_OF_DOCUMENT_TOKEN_TO_BE_REPLACED 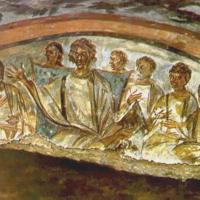